Dr. Thomas Gilson is Cuyahoga County’s first—and to date, only—Medical Examiner, an office created under the Cuyahoga County Charter to replace and preform many of the duties that the former, elected office of Coroner used to preform, before voters elected to reform the County government in 2009. Dr. Gilson faces the many grim challenges his office, including the alarming number of deaths investigated by his medical professionals brought on by the opioid crises, with a steady evenhandedness that bespeaks deep commitment to duty. 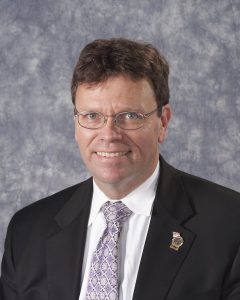 Gilson grew up in Mayfair, a section of Philadelphia that has historically been primarily Irish-American, with an admixture of Poles and Italians; many of his neighbors were Irish-born. Edward’s, Tom’s dad and a lawyer, people were from Fermanagh, while his mom’s, Rita, a teacher, nee Loughrey, family were greenhorns, her father from County Tyrone, her mother from Kilgeever in County Mayo.

He was awarded a Medical Doctor degree from The Medical College of Pennsylvania in 1984. In 1990, Gilson served as a residency in anatomic and clinical pathology at the University of Cincinnati Pathology. He received his forensic training during a Fellowship with the Medical Examiner of New York City.

Gilson is deeply grateful to his parents for the real sacrifices they made to insure he and his brothers were well educated. “They were great role models” he says, citing the often pro bono legal work his dad did for people and their activities in St. Mathew.

The Office of Medical Examiner is charged with the medical examination of death by criminal or violent means, by casualty, by suicide, when death occurs suddenly when the decedent is in apparent health, or in circumstances which suggest suspicious or unusual means. “The body says things to me. I interpret them without fear or favor,” Gilson says. “I’m just an observer formulating a cause of death.” Dr. Gilson and assistant Medical Examiners are frequently prominent witnesses in homicide trials in the County, often providing jurors with evidence of a nature that even seasoned courthouse veterans find difficult to absorb.

Dr. Gilson is asked frequently to present across the country on the startling impact of the opioid phenomena in Cuyahoga County and across the country. In 2017, the number of opioid deaths—oxycodone, heroin, fentanyl, carfentanil—was 815, a figure that portrayed graphically shows a tremendous spike upward since even 2015, when the total deaths were at 370. Dr. Gilson has been interviewed by CBS Evening News and testified before the U.S. Senate on the need to stop the interstate shipment of synthetic opioids.

Yet Tom Gilson frequently borrows from his deep love of Irish culture to achieve balance. He and his wife Noelle are Cleveland Heights residents; both their daughter, Grace, age 12, and their son, Charles, dance with the Murphy Irish dancers – Grace was part of a group that finished third in the international competition in Dublin last year, which allowed the family to get out to the family farm in Mayo and meet cousins. Dr. Gilson comes from a family of dancers; he was concerned that the tradition was fading away until he got to Cleveland.

Not everyone, not every medical professional, would willingly take up a vocation that is frequently steeped in tragedy and often acts as a grim reminder of the brutality of our fellow human beings and the ravages of drug overdose; Dr. Tom Gilson does so with steady and unflinching dedication. 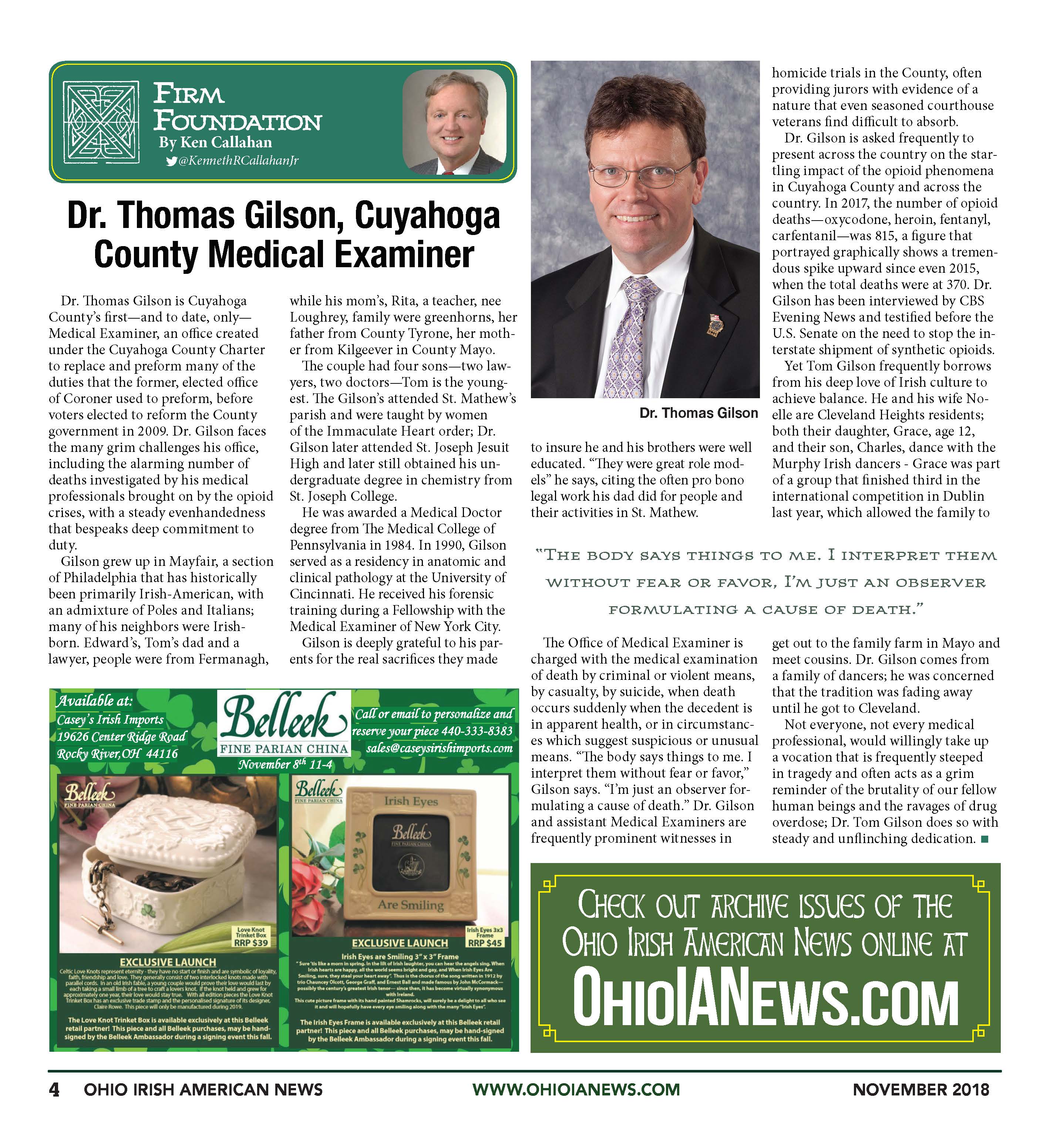