Irish writer William Wall became the first European honored with one of the nation’s most esteemed awards for a book of short stories – The Drue Heinz Literature Prize, which has been issued by the University of Pittsburgh since 1981.

In this collection of interconnected stories, the beautiful and ravaging forces of sea and land collide with the forces of human nature, through isolation and family, love and loss, madness and revelation. The stories follow the lives of two sisters and the people who come and go in their lives, much like the tides.

The book is dominated by the tragic loss of a third sister at a young age after which their family spirals out of control. We witness three stages of the sister’s lives, each taking place on an island – the first is based on Castle Island one of three now uninhabited islands off Schull (a town in County Cork, Ireland); the next was the Isle of Wright and the third is Procida, a tiny island in the Bay of Naples.
The Islandsrecounts the lives of a family who spend large parts of the year on an island in an experiment. But their father, who instigated the project, leaves his wife and three daughters there for long periods, then catalogues their lives in his writing.

The emotionally charged novel is narrated in the alternating first person voices of Grace and Jeannie, and Grace, a fledgling writer isn’t all that happy with her father’s version of events. Utterly different, the two sisters keep separate secrets, and see their lives in disparate ways.

“Suddenly I see weeks that are like years stretch out before me, Islands are more than anything else, places of deprivation.” Jeannie comes to this realization at the age of six or seven, as her father leaves their island home yet again to work on his latest book. Beautifully and sparsely written, the stories deeply evoke landscape and characters, and are suffused with a keen eye for detail and metaphor.

The Islands is a slim, well written collection of stories by an Irish author many on this side of the pond are unfamiliar with but who nonetheless has written a TOP SHELF read.

*Terrence J Kenneally is an attorney and owner of The Kenneally Law Firm in Rocky River, Ohio. He defends insureds and insurance companies in insurance defense cases throughout the state of Ohio. He received his Masters Degree from John Carroll University in Irish Studies and teaches Irish history and literature at Holy Name High School. Mr. Kenneally is also President of Holy Name for 2018-19. 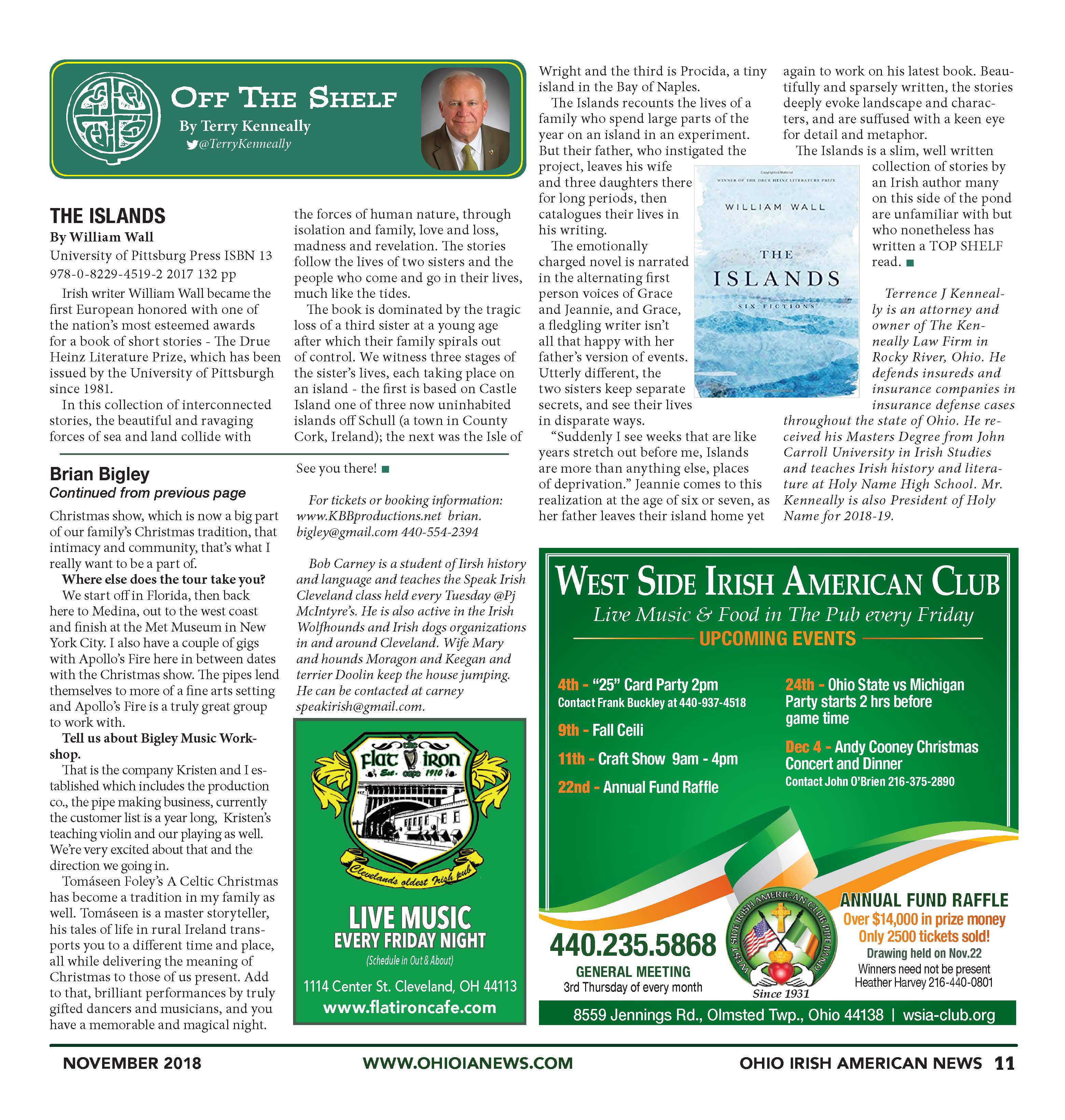 Walk East Until I Die

Out & About Ohio, and Indiana Too!