ON THIS DAY in IRISH HISTORY DECEMBER

4 December 1971 – In the first major atrocity of the Northern Irish Troubles, fifteen people are killed and twelve injured after a no-warning bomb explodes in the doorway of McGurk’s public house in Belfast.

5 December 1933 – U.S. Federal Judge John M. Woolsey, after devoting a month to reading the book Ulysses, ruled that only was it not obscene in a legal sense, but that it was a book of literary merit.

8 December 1831 – Death of James Hoban, architect of the U.S. White House. Hoban, who immigrated from Kilkenny to America in 1785, won a competition to design the “President’s House.”

10 December 2009 –  The pope publicly apologizes for the behavior of Irish priests who sexually abused children and then had their actions covered up.

13 December 1955 –  Grace Gifford Plunkett, Irish patriot, dies. She famously married Joseph Plunkett hours before his execution in 1916, for his part in the Easter Rising. 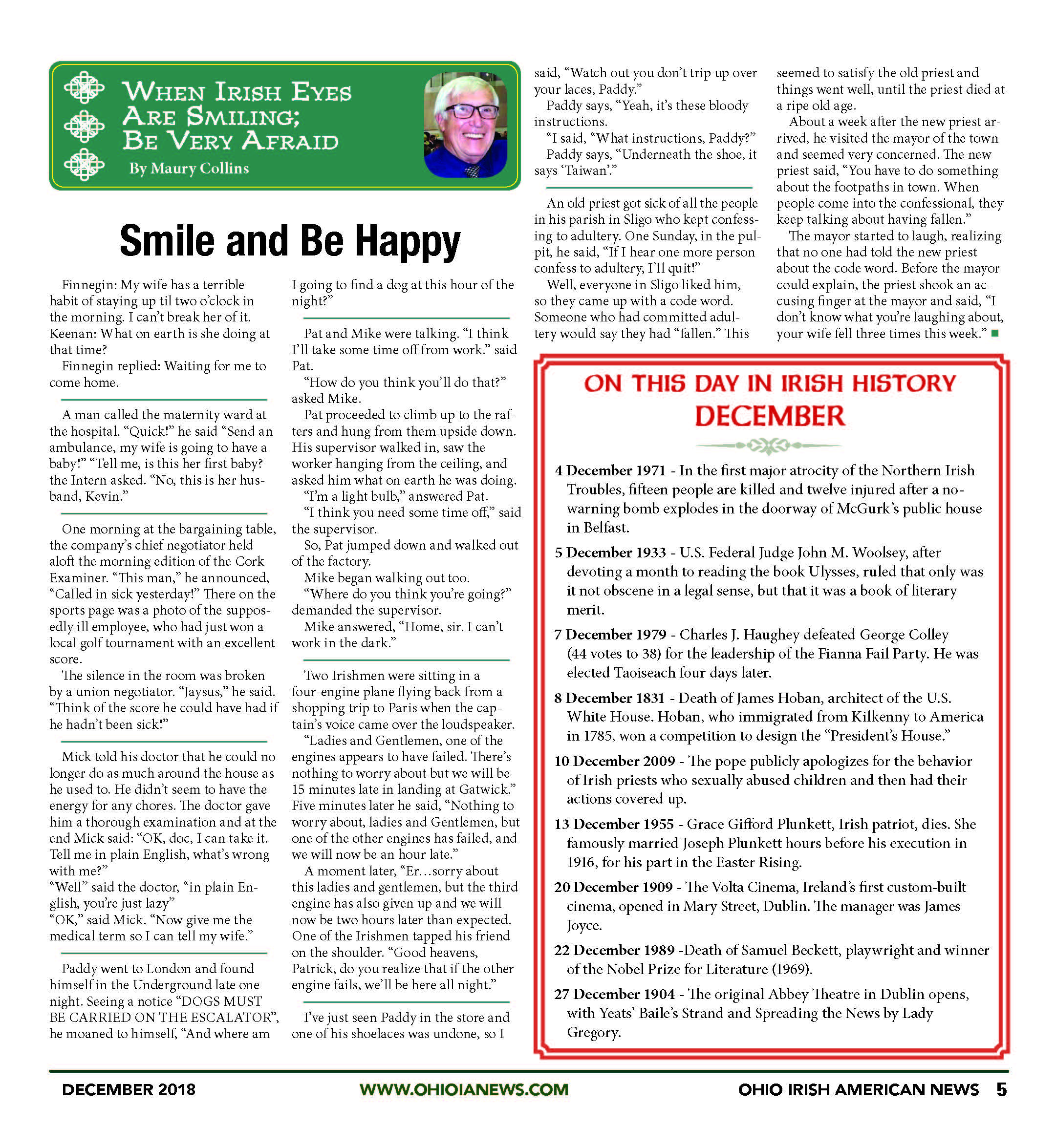