Novelists, screenwriters and trial lawyers share the knowledge that the human mind is attracted to a good story. One of the great attractions of living in northern Ohio is the innumerable stories of its many immigrants, African Americans, Hungarians, Irish, Jewish Americans and so many others, the various cultures and traditions and food that each bring combine to make the rich stew that is us.

Sr. Kathleen Flannery’s family history is a unique twist on the familiar story of Irish American immigrants. Her Dad, Francis Flannery, was one of thirteen children born in Belcoo, County Fermanagh, Ireland, whose Mom died in the childbirth of number 13; her Grandfather died soon thereafter, causing the surviving children to be divided, some in Ireland, some to England, and her Dad, Frank, to live with cousin Kennedys in Bratenahl.

Frank grew up in St. Aloysius parish and graduated from Cathedral Latin in 1934. When the Second World War broke out, Frank served in the Army Military Intelligence and first met his future wife, Mary FitzGerald (of Dublin family ancestry, and yes, capital G), who was a nurse in the South Pacific.

Their romance did not bloom however until the two met at the St. Patrick’s Day Parade in Cleveland in 1946, viewing the parade in front of the old Hollenden House Hotel at 6th and Superior, across from the review stand; the couple wed soon thereafter, moved to Euclid and eventually found a home in Holy Cross Parish (now, Our Lady of the Lake) at E.200th and Lakeshore.

Sr. Kathleen is the oldest of ten children. The family home was right next door to the parish convent of Ursuline sisters, a fact that, through observation, influenced Sr. Kathleen’s vocation. 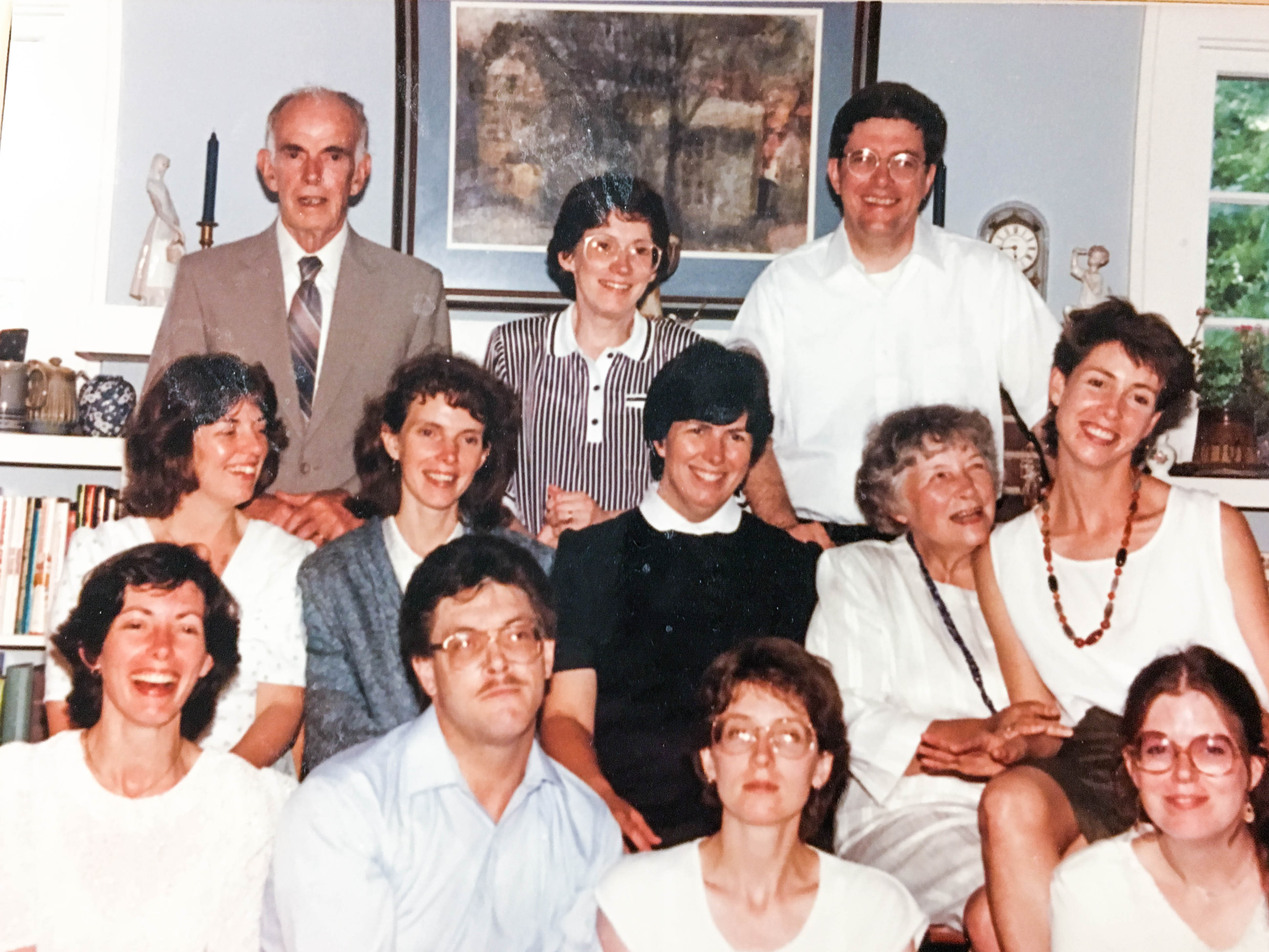 Frank Flannery worked at the Labor Department; among his tasks there was to investigate organized crime’s penetration of the labor unions, including a certain Danny Green, who, notwithstanding, told her Dad that after a sister’s spinal surgery, he “had lit a candle for her.”

Her Mom, to contribute to the family and to remain close to her children, set her nursing career aside, went back to college and received her Education Degree from St. John’s College and taught at Holy Cross and St. Robert Schools. 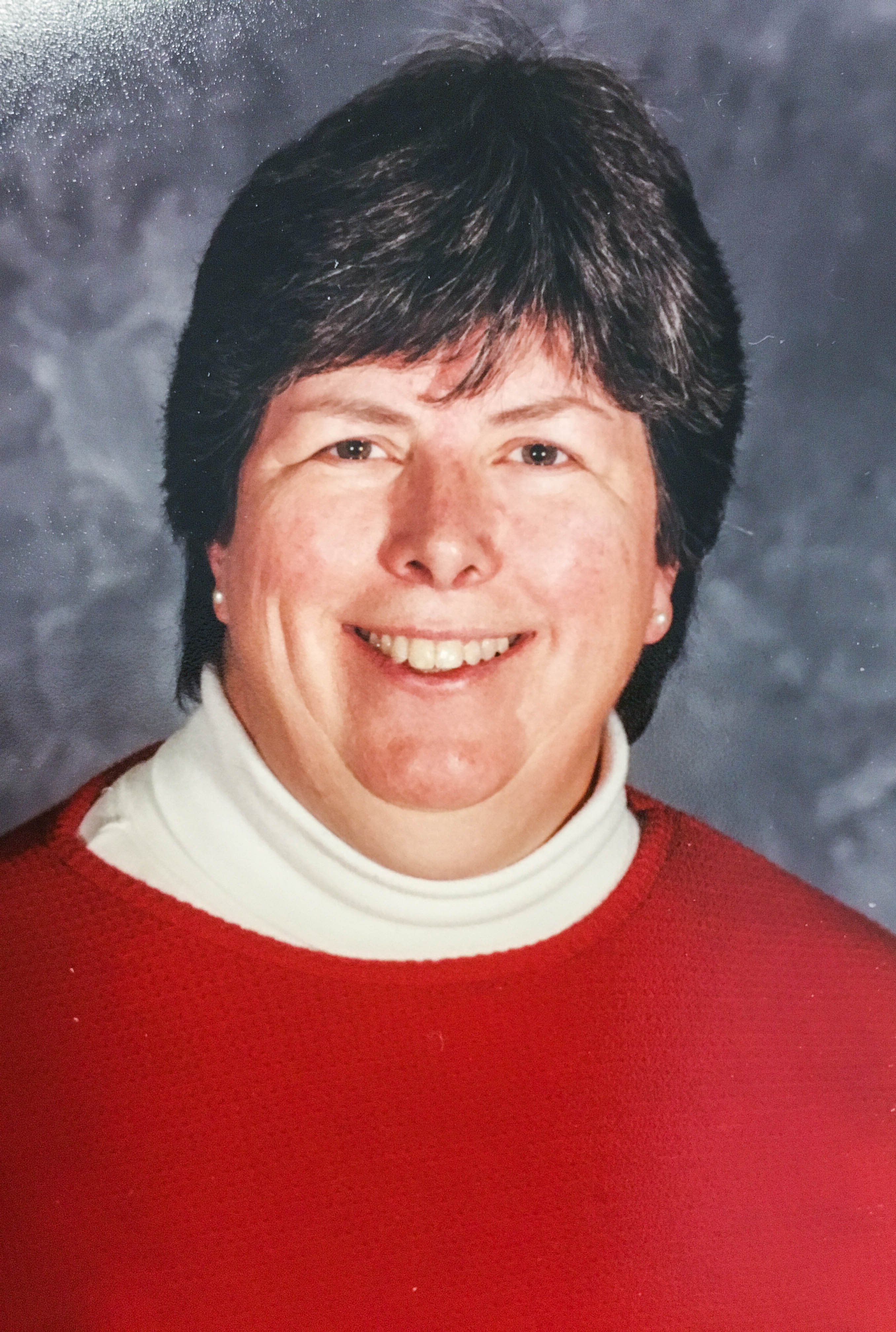 “I grew up in a very real and prayerful family,” Sr. Kathleen recalls. Her parent’s bedrock faith was a mainstay even in times of hardship, particularly struggling through a sibling’s polio diagnosis, and other major surgeries and illness.

The family had a picture of the Sacred Heart in the living room; it was not until high school that Kathleen learned that there was an envelope taped to the back of it where intentions, often for the sick and special needs, were placed by her parents, grandmother and even their friends.

Sr. Kathleen joined the Ursuline Order in 1966.  “I think my inspirations were the sisters at Holy Cross,” she says. “I saw them as real persons, who were dedicated to their lives, to the children they taught, and who seemed so genuinely happy. That was very attracting!”

Sr. has taught at St. Clare School and at St. Mary Magdalene, and also ministered at St. Noel Parish. During that time, she also served in the diocesan Liturgy Office coordinating RCIA. She was able to return to familiar territory from 1990 to 2011 as Pastoral Associate at Holy Cross. Sr. Kathleen is now Parish Life Director at Gesu Parish, coordinating Parish Life and as Director of Liturgy.

We live in a land of immigrants; each group and individual has their own story, their peculiar tale of crossing the bridge from the old world to the new. For the Irish, so often the keys to stability and progress were supported by the pillars of faith, family and education. The unique history of Sr. Kathleen Flannery embraces all three. 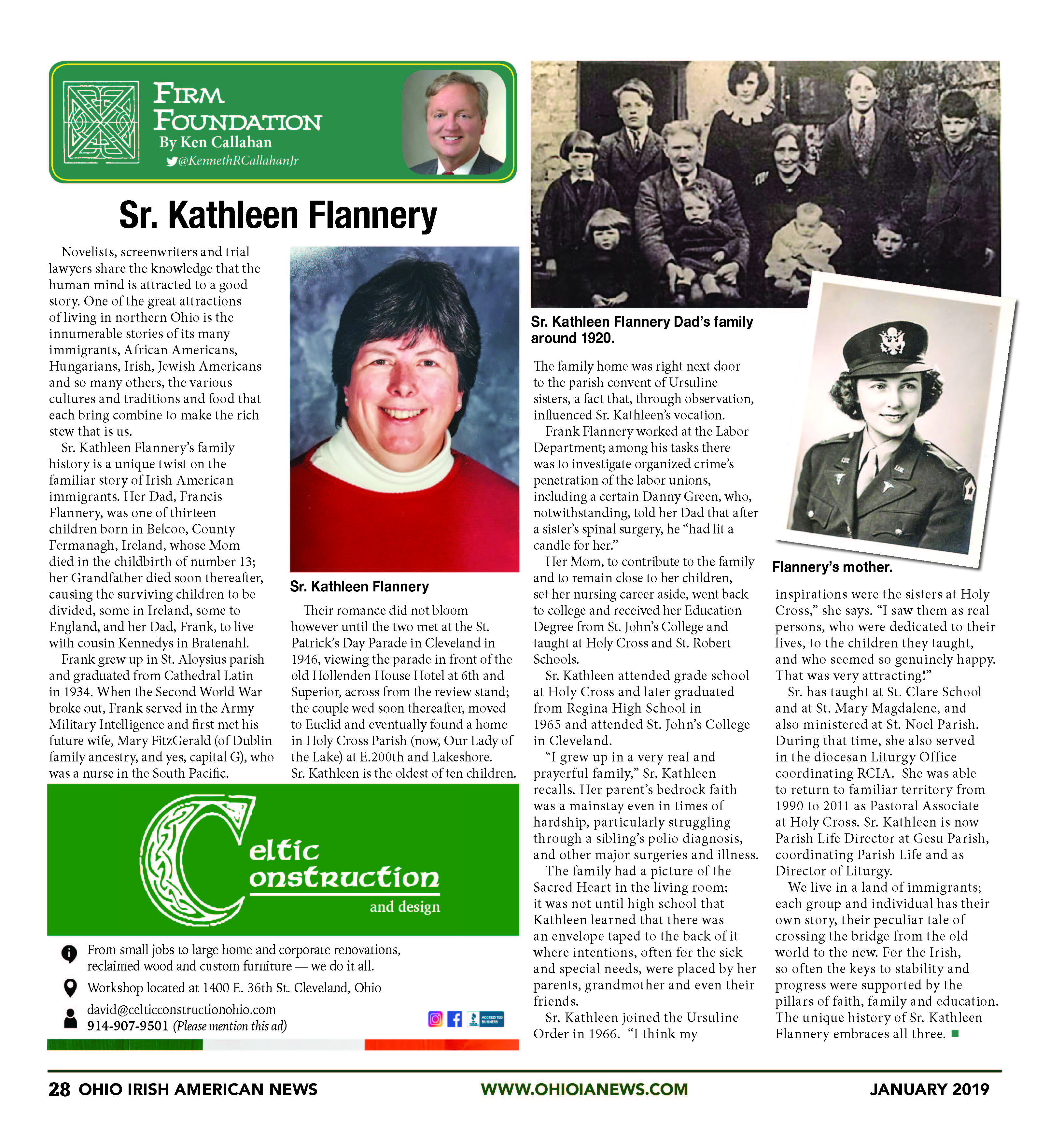 Out of the Mailbag Comes Songs and Stories: Ava Wildflower