On This Day in Irish History
by Terry Kenneally

1 February 1315 – Edward Bruce of Scotland and his Irish allies win the Battle of Skerries in Kildare.

3 February 1862 – Thomas Francis Meager, Irish nationalist, is made Brigadier General in the Union Army during the American Civil War. When the war ended, he was appointed Secretary (acting- Governor) of the territory of Montana by President Johnson.

8 February 1983 – The 1981 Derby winner, Shergar, is stolen from a stable in Ireland. A two million dollar ransom was demanded but not paid, and the horse was never seen again.

15 February 1966 – John McGahern’s The Darkis banned by the Irish Board of Censorship. His trade union refused to help fight his case because he had married a Finnish theatre director.

18 February 1992 – In what became known as the ‘X case’, the attorney-general obtained an injunction preventing a fourteen-year-old rape victim from traveling to Britain for an abortion.

28 February 1884 – Sean MacDearmada, revolutionary, is born in Leitrim. He was one of the seven signatories of the Proclamation of the Republic, was court martialed and executed on May 12, 1916.

The Artist Around Us: February: Grace’s McCarthy’s poems:

Their beautiful, graceful petals with their colors so bright

Have you ever really wondered what they do at night?

When the moon is up, and the stars are out, with no people walking about;

The stars seem to align just so; they seem to shimmer, shine and glow.

Suddenly the flowers start to dance, putting on a show!

The owls watch, the raccoons stare, watching the flowers

scatter in the air!

A young man starts walking through their path,

And they unleash their flowery wrath!

The morning comes, and the flowers are once again, potted plants.

But there is now a new rose in the garden, and near it,

A shirt and pants.

The Cherry Tree
The cherry blossom tree dances her graceful limbs with the hum of evening cicadas
The wind brushing through the verdant leaves
Sun rays kissing the tranquil buds
The shade of blushing cheeks
She bows to the clouds
Casting peaceful shadows
Wrapping, encasing, filling
My heart between each beat
The pounding rhythm thrives off the simple beauty
Throat filling with sweet fragrance
Frozen in perfect peace
Balanced life amidst pure spring 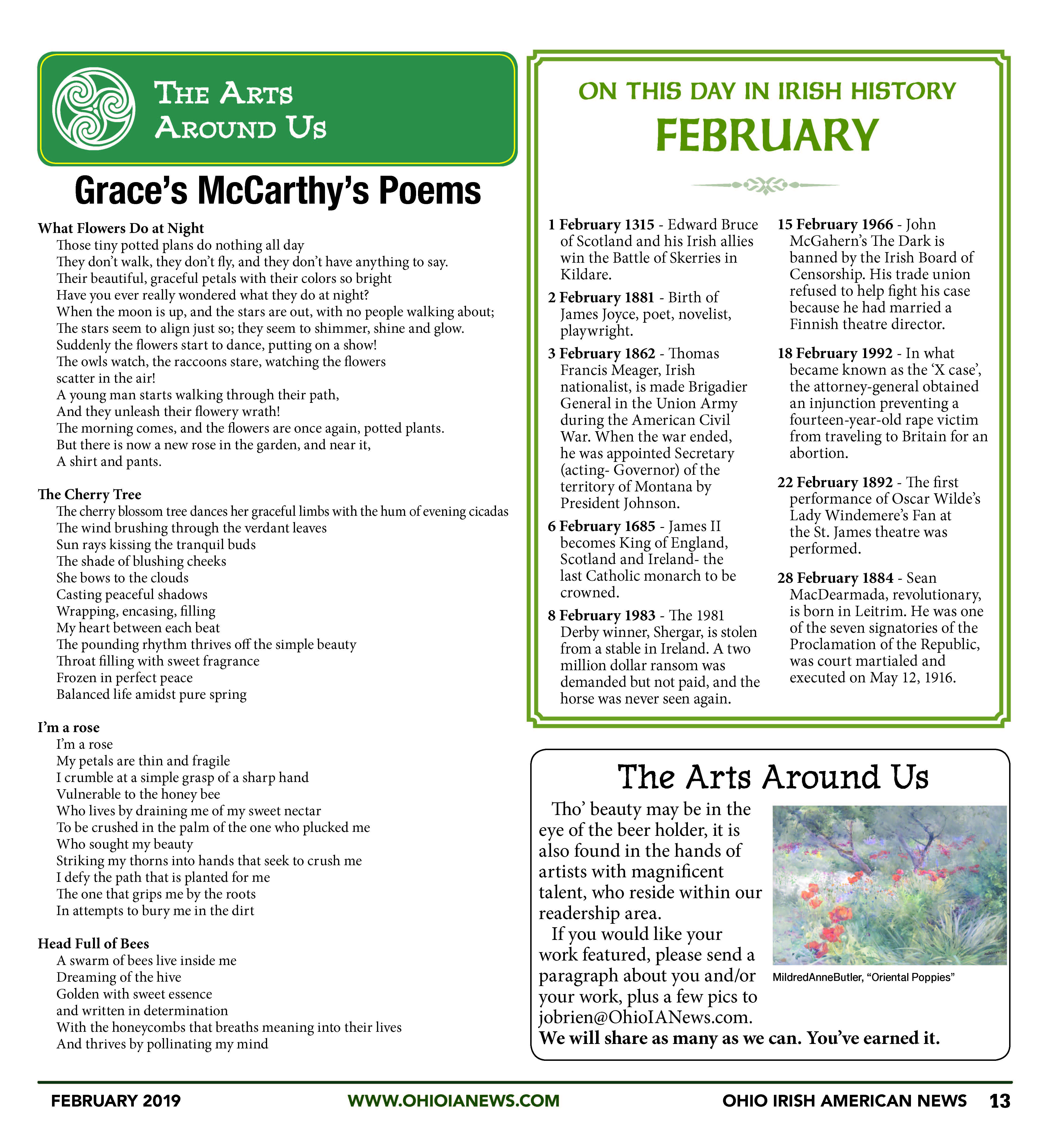 Illuminations: The Spark that Lit the Fire – Burntollet Bridge

Blowin’ In:  In the Presence of Angels