Young & Irish: A Piece of St. Valentine in Dublin
by Mary Kate Campbell

There are many myths that surround the origins of February 14th. One story says that Valentine was a priest in Rome during the 3rdCentury under the rule of Emperor Claudius II. Claudius declared that young men must remain single, in order to be better soldiers who would not have a wife or family to worry about. Valentine believed this law was unjust and would secretly marry young couples. His defiance was exposed and the emperor ordered Valentine’s death.

Another story claims Valentine was killed for trying to help Christians escape the harsh Roman jails, where they were often tortured. According to another legend, while imprisoned, Valentine fell in love with the jail keeper’s daughter and sent her a love note signed, “From Your Valentine.” Marking his claim to writing the first “valentine.” It is also said that Valentine was executed on February 14, 270, because he would not renounce his Christian faith to the Roman emperor.

Father John Spratt, a priest at the Whitefriar Street Church in Dublin, Ireland, was widely known as a holy man. His work and dedication were even recognized by Pope Gregory XVI. In 1836, the pope gifted Father Spratt with a relic—a small golden casket holding the only earthly remains of Valentine. The remains were exhumed from the Roman cemetery of St. Hyppolytus and sent to Dublin, where it was enshrined in Father Spratt’s church.

Every year on February 14th, since 1836, the casket is carried in a sincere procession to the church’s altar for a special holiday mass dedicated to love. The Carmelite Church is located on Whitefriar, between Aungier Street and Wexford Street. The church is also known for selling cards, claiming they are the only true Valentine’s Day cards.

While St. Valentine’s story is often seen as mythical due to it not being well documented, there is other proof, besides his remains, that he did exist. In the 19thCentury, archaeologists uncovered an ancient Roman catacomb beneath a church that was marked as a dedication to Valentine, known as the Catacombs of San Valentino.

Whichever tale you believe, the name St. Valentine is known around the world as a heroic, sympathetic figure of love. He is recognized by the Catholic Church as the patron saint of love, happy marriages, engaged couples, young people, and travelers. He forever rests at his home in the Whitefriar Street Church of Dublin. 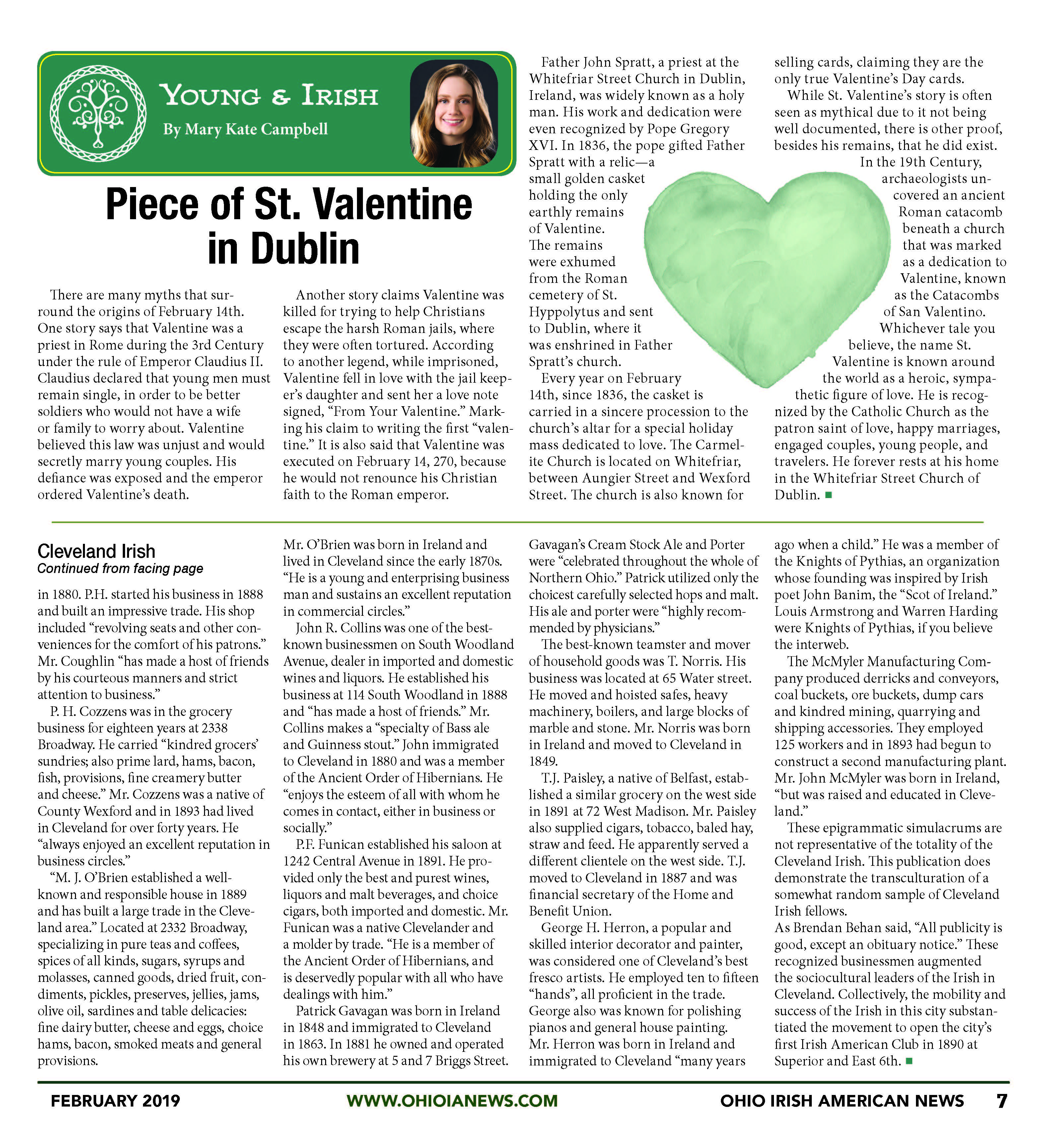 Illuminations: The Spark that Lit the Fire – Burntollet Bridge

Hollywood Actors on the Beauty of Ireland